The heritage estate is for sale via an Expressions of Interest campaign by Cullen Royle and LJ Hooker Lithgow.

The property is on 2 titles at 1384 Castlereagh Highway in Lidsdale, 10 minutes outside of Lithgow, and is ready to be transformed from its current commercial use as local company headquarters and commercial offices for owner Centennial Coal.

The estate, which has a price guide of $2.5 million, is being marketed for sale via an Expressions of Interest campaign run by Cullen Royle and LJ Hooker Lithgow.

“Lidsdale House is one of those very special estates that is waiting for the next phase of its stylish life,” Deb Cullen told WILLIAMS MEDIA, “It has such divine Art Deco finishes throughout and a feeling of 1920s elegance which flows from the expansive residence to the beautiful Paul Sorensen gardens around the property. An amazing estate on 50 acres with two titles, two access roads and most importantly the stunningly majestic Blue Mountains as your background. A rarity indeed.”

With an impressive internal floorplan of approx. 980sqm, Lidsdale House’s abundant accommodation includes 9 bedrooms, 5 on the ground floor level and 4 on the upper level, serviced by 4.5 bathrooms.

A large contemporary granite kitchen is placed in the centre of the home to provide easy access to the many living and entertaining areas.

The property’s established parkland style gardens were designed in the 1940’s by Paul Sorensen, considered one of Australia’s foremost garden designers and is famous for Leura’s ‘Everglades’.

A second original dwelling (on separate title) is on the property, providing opportunity for further improvement or development. A second entrance is also available on View Street.

Lidsdale House could remain as a private family home or be utilised as a commercial tourism destination.

“The estate has a wonderful history, having been built in 1920 by local mine owner Frank Neubeck,” Ms Cullen said.

“Over the years the house has been extended, and both the building and gardens, which cover 4 acres of the property, have been the subject of a long-term restoration program.”

“While it has been used as an office, there is so much potential for other uses, and we expect a range of buyers to be interested, including those looking to transform it into an accommodation residence, such as a guest house, or to turn it back into a gracious family estate.”

Lidsdale House, which was originally known as Neubeck House, is well-known in the area, hosting local community gatherings including the use of its pool and tennis courts right back in the middle of the 1900s.

Mr Giokaris said it was expected there would be significant interest in Lidsdale House from Sydney-based buyers.

“The Lithgow region has become a vibrant regional area that is increasingly attracting tree changers,” he said.

“As a regional town with plenty of appeal, located just two hours west of Sydney, its popularity has grown in recent years, particularly since the pandemic began and the rise in working from home.

The estate is 10 minutes to Lithgow, 35 minutes to the Blue Mountains and close to many restaurants, hotels and attractions, such as Wolgan Valley, historic Leura, the Scenic Railway at Katoomba, the Three Sisters, Hartley Valley and Jenolan Caves.

The Expressions of Interest campaign for the property will close at 4pm on Tuesday, March 30. 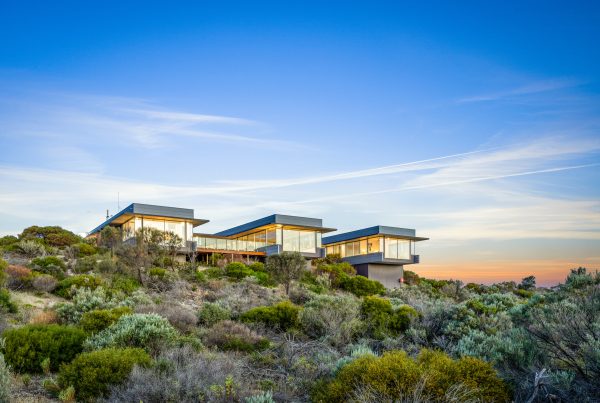